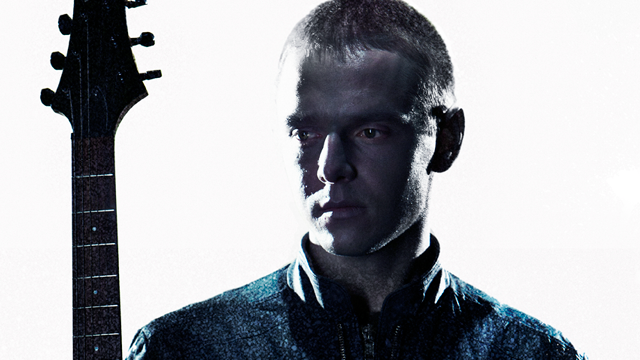 Available to remake worldwide. Above the Sky is a film aimed at raising HIV/AIDS awareness and was commissioned and funded by the UN’s development fund and positioned as the first Belarusian youth series.

The series writer Andrej Kurejchyk said that the UNDP commissioned 8-episode series. He assures that the project team managed to shoot all the necessary material, but then was suspended at the editing stage and the team managed to “save” only a small piece of their work.

Andrej Kurejchyk considers the team’s dismissal to be connected to censorship on state TV. The series was planned to be aired by Belarusian State TV and Radio Company (Belteleradiocompany).

He passed the director’s internship at the Moscow Art Theater. A.P. Chekhov (teacher O. Tabakov, 2002). He taught at the directing department of the Russian Academy of Theater Arts (GITIS), at the European Humanities University (2012-2016), at the Belarusian State University of Culture and Arts (2009 – 2010), at the Council of Europe School (2014-2019). Author of more than 30 plays. Plays are put in many theatres of Belarus, Russia, Ukraine, Poland and other countries.

Films directed: “Above the Sky” (2012, co-director, artistic director), “Garash” (2015) (the first feature film was presented at the Council of Europe Building in Strasbourg), “Party-zan Film” (2016), winner of the festival “Smile Russia” by Alla Surikova.

The author’s latest work was a play about an outstanding Russian statesman, Count Muravyev-Amursky, on the stage of the Khabarovsk Drama Theater, and the script for the studio “Tri Te” of Nikita Mikhalkov about the brilliant victory of the USSR national team in basketball at the 1972 Munich Olympic Games “Moving Up” (director Anton Megerdichev), which became the highest-grossing film of Russian cinema in the entire history, having collected more than 3 billion rubles in the CIS film distribution.

As a writer and director prior to 2020, Kureichik was especially beloved for his comedies and suspense thrillers.  Following the contested presidential elections and brutal aftermath in Belarus in August 2020, Kureichik has gained an international following as a political playwright. Forced to flee the country as a member of the Coordination Council working with perceived winner Sviatlana Tsikhanouskaya’s transition team, Andrei leveraged his creative energy to produce the documentary play “Insulted. Belarus(sia)”, about the 2020 presidential elections, subsequent protests, and a violent crackdown by Alexander Lukashenko’s regime in Belarus. Already, the play has been translated into 29 languages and received 200 readings and performances across the globe (including Hong Kong, Nigeria the EU, UK, and North America). Articles about the play have been published in Plays International and Europe, Contemporary Theatre Review, the Boston Globe, and Dialog among many others, and forthcoming in Theatre Journal. It has been featured on BBC Radio’s “The Cultural Frontline,” and by the HowlRound Theatre Commons. His newest play, a verbatim piece about Belarusian political prisoners, The Voices of the New Belarus, is beginning to receive similar recognition.

As a member of the Coordination Council of Belarus was awarded The Sakharov Prize of Freedom of Speech of the European Parliament.

In 2020 founded the YouTube Civil rights, Activism and Art-resistance channel “Alternative Blogovision” which in one year became one of the leaders of the Belarusian segment of YouTube with more than two million views per month.