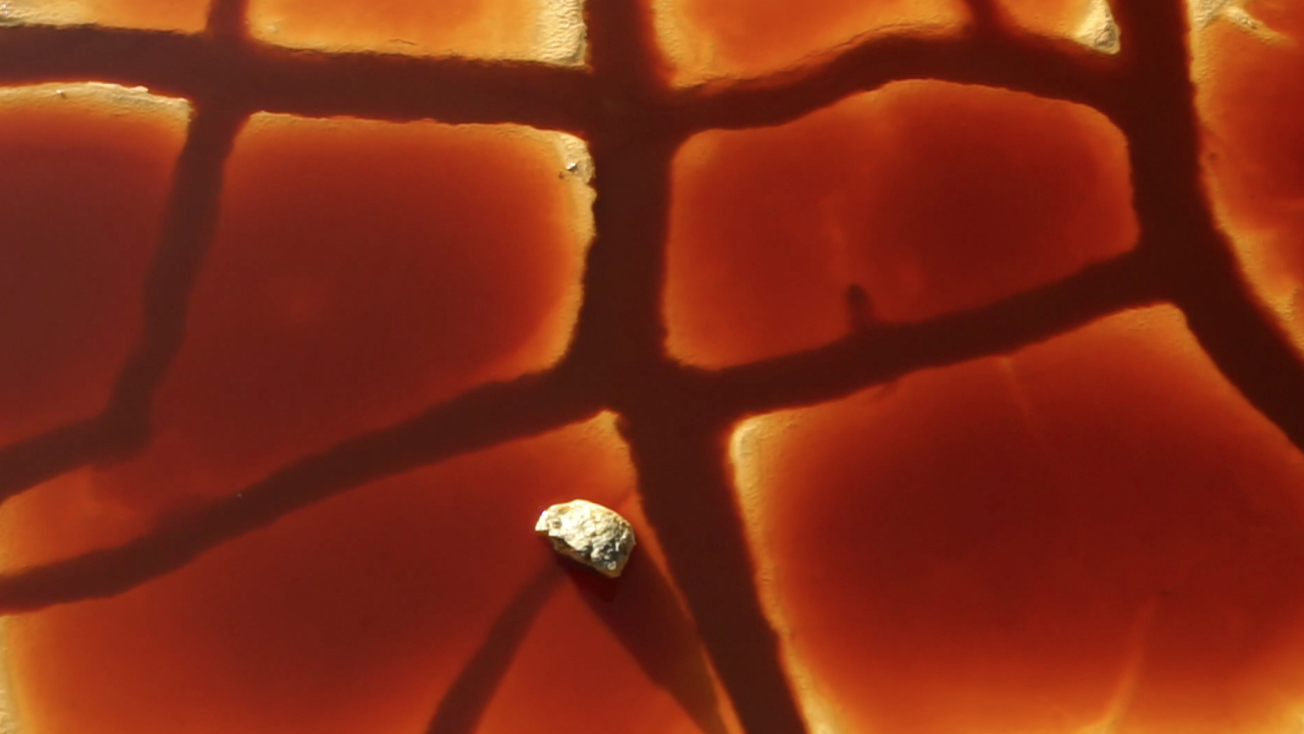 This short film puts together a Japanese myth, Akai Ito, a contaminated landscape and a romantic relationship begging the question of how can these three concepts coexist in a woman’s mind? Filmed in 350 acres of polluted land and abandoned mines in Furtei in the heart of Sardinia, this short production reveals hidden lakes of sodium cyanide as well as 30,000 litres of other toxic solutions.

The red and yellow variations of this corrosive environment shown in this film are accompanied by a text about a toxic relationship. There are two kind of relationships: the real one, and the one we live with inside our minds. A love letter is used to explore the myth of “romantic love” in a very personal and direct way. But the idea of the “lost love” and how a person reacts in this situation is being sought. How does one fill the void? What is easier and less harmful when it comes to impossible love?

Georgia Panagou was born in Athens in 1983. After living in Barcelona for ten years, where she studied architecture, photography end film editing, she decided to leave the Mediterranean sea behind and move to Paris. She works as an editor of independent films end creating her own video installations. At the moment she is preparing her first feature, “Minimum Distance” (Distancia Mínima).