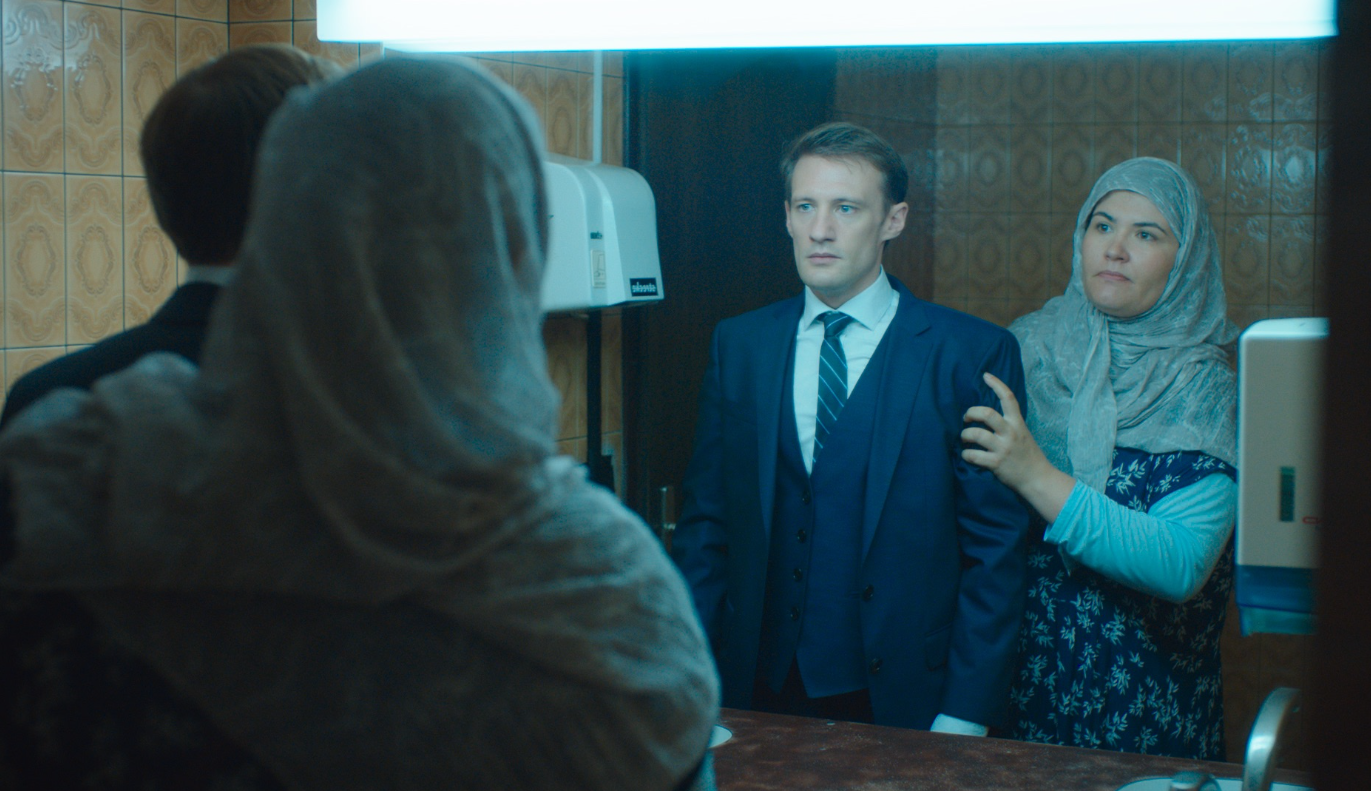 Boom! In the midst of a campaign of crucial importance to his career, Théo, a young and ambitious politician who harbours xenophobic ideas wakes up in the body of Beriwan his cleaning lady, a Kurdish, veiled and Muslim asylum seeker!

While she is in the body of Théo. For both of them, life becomes a nightmare. Théo, in Beriwan’s body, has to live in a shelter with other refugees as well as with Beriwan’s husband and two children, while Beriwan, in his own body, has to lead the xenophobic campaign of Théo alongside his companion Solène.

Forced to hide that they have swapped bodies, Théo learns to live the life of a humble Muslim woman, which does not at all suit his arrogant character. Moreover, as he becomes the housekeeper of his own companion, he discovers everything that she thinks of him. And it’s not brilliant! She sees him as an egomaniac who isn’t even very good in bed. For her part, Beriwan who is very shy and not used to being listened to must pretend to be a politician with brazen humour on the campaign trail. This hellish situation does not get any better when Castella, a journalist who hates Theo, surprises them and decides to shadow them. She wonders what this right-wing politician is up to with this veiled woman and hopes to make the front page of his newspaper with a spicy revelation.

Will they manage to overcome their respective prejudices to avoid losing everything?