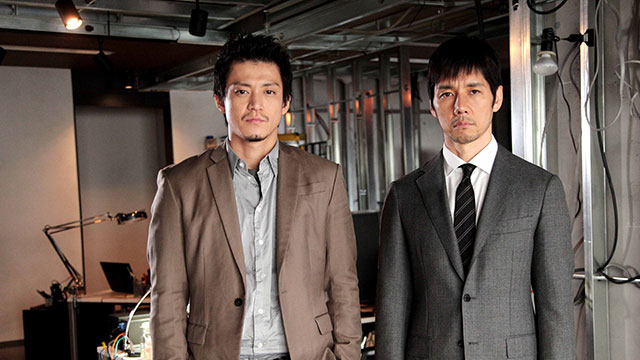 Crisis, Special Security Squad a Japanese action series written by the award-winning author Kazuki Kaneshiro. The action thriller focuses on two members of a secret team of specialists working directly under the jurisdiction of the Security Bureau at the National Police Agency. In an age of critical terror threats to the nation, the unit handles highly political cases and occasionally carries out the government’s dirty work.

The series is headed by two of Japan’s best-known actors, Hidetoshi Nishijima as Saburo Tamaru and Shun Oguri as Akira Inami.
During this state of crisis, everyone is an enemy: terrorists plotting to assassinate a politician, religious cults, military spies, drug cartels, and sometimes even the politicians who ought to be protecting their citizens.

Every self-contained episode is fully packed with action and martial art combatting, the actors trained for a year a martial art known as Kali Silat, under the supervision of Kaneshiro himself.