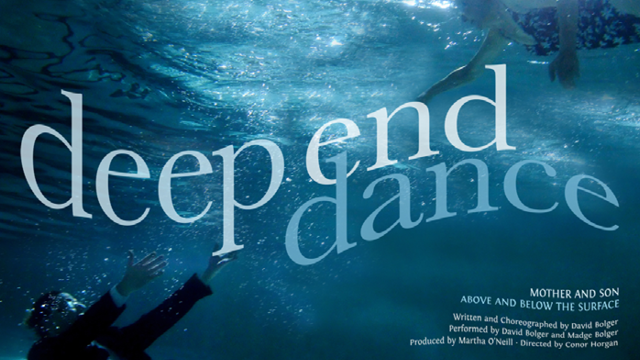 A fully dressed man is pushed into a swimming pool by his mother. He brushes himself off and starts dancing underwater, always aware that she’s watching. After a while, she joins him, and they play out the story of their relationship through the underwater dance.

Wildfire Films also produced a short documentary to accompany Deep End Dance. This film gives us the inside track on the challenges and creative solutions in making a dance film underwater. Watch the short documentary here.