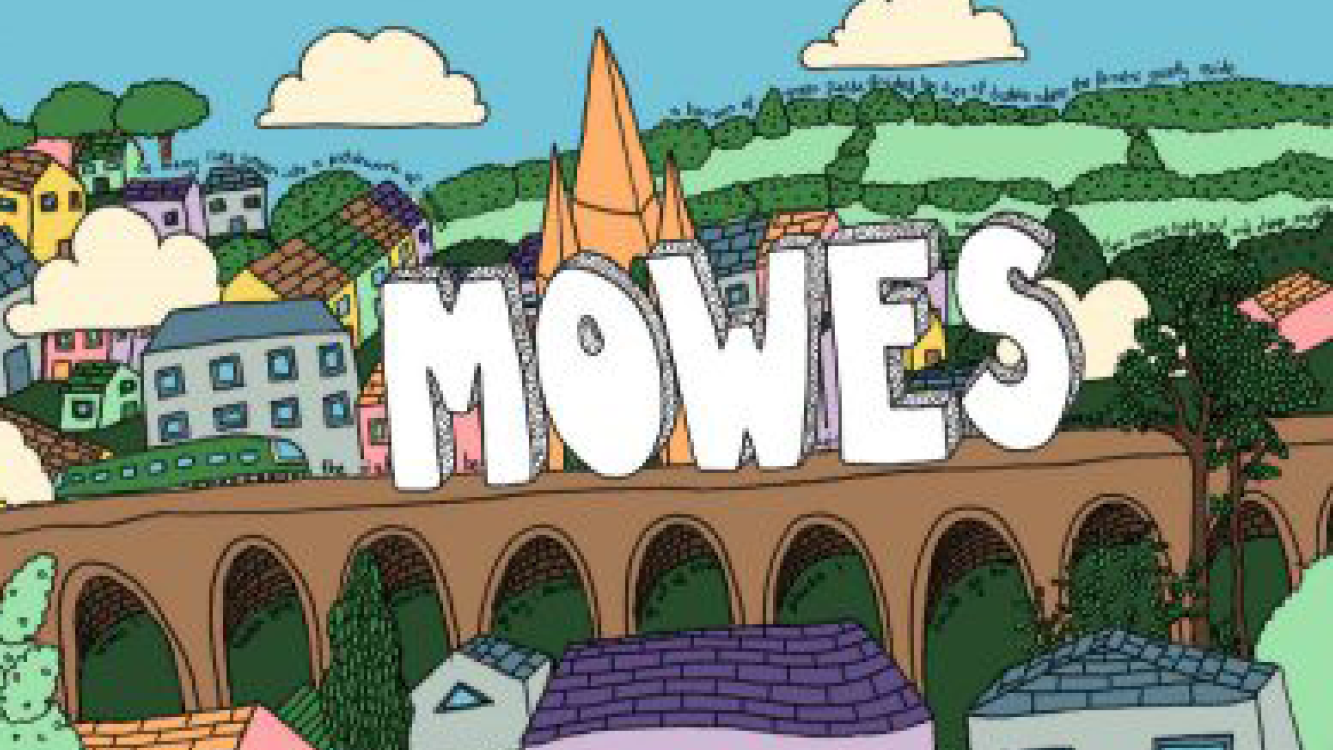 Mowes tells the story of a young woman from Truro who works in her dad’s shop and charts the weekend in which she meets a woman called Helen who introduces her to a side of Cornwall that she didn’t know was there before.

Jenna born and bred in the Cornish town of Truro works at her dad’s suit shop, Trebilcocks. Her dad wishes she was more like Jan, his full-time shop girl, but she just isn’t. Jenna relishes the banality that comes with Truro life. Just like her, it appears to have no secrets. You know everyone. Everyone knows you. Or at least, it seems that way. One Saturday, Helen walks into the shop. Jenna has never met anyone like her before. She can’t tell if she fancies her or not. All she knows for certain is that Helen is the coolest person she has ever met. Helen invites Jenna to her gig in Penzance that night. Jenna has never been to a gig or Penzance. She recruits her cousin, Matthi, to go with her. Together, they catch the train from Truro to Penzance. The venue is filled with people, who all come together to express themselves through Cornish music & dance. Euphoric, Jenna & Matthi catch the sleeper back to Truro. Jenna sleeps in a changing room at the shop so she can be there for when her shift starts. Jan tries to drop her in it with her dad. However, we see his support of Jenna come out on top. In the end, Jenna realises that there is a whole part of Cornwall that she has yet to experience. She finds a space within her home where she can be truly herself.

Bryher is a writer & actor from Cornwall. She co-devised and co-wrote a BBC New Creatives short film, Anoraks, with Miles Sloman. The short is currently on iPlayer and screened at LOCO & LFF for Free, both at The BFI. Anoraks have received funding from Screen Cornwall to develop a pilot script. In 2020, Bryher was selected to write & direct her own short film in the Cornish language, Mowes, which went on to be selected for UK based & international festivals including: Little Wing Festival, Cornwall Film Festival, Babel Film Festival & Celtic Media Film Festival. In 2021, Bryher was part of the writer’s room for a BFI young audience fund project, No Friends Club. Recently, Bryher has been part of Screen Cornwall’s New Writers Network and Channel 4 Drama Scheme for writers from the South West & West.