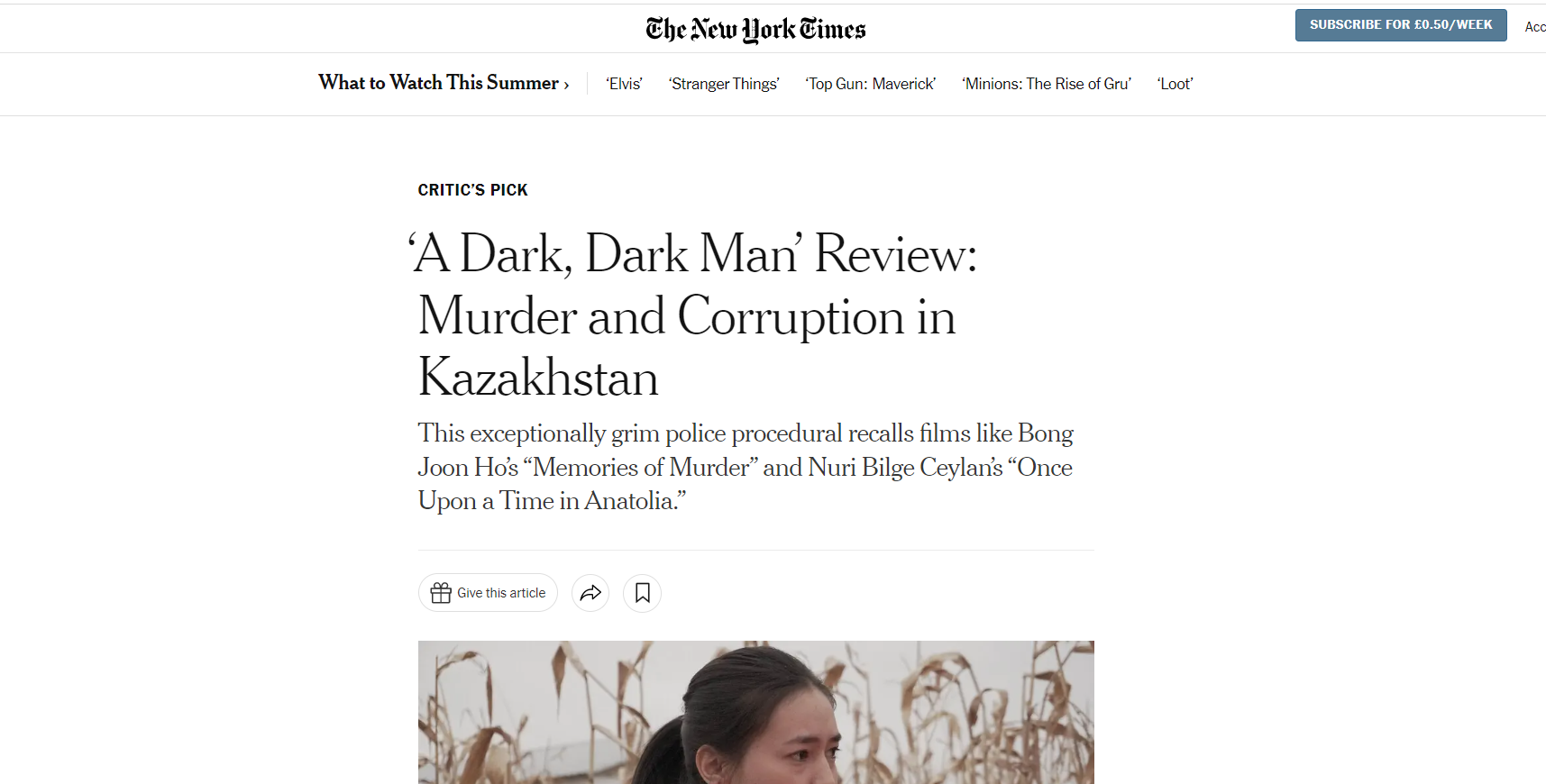 The series premiered on MHZ Choice on the 19th of July 2022 and has been selected by The New York Times for their Critic’s Pick. The critic Ben Kenigsberg said this:

“This exceptionally grim police procedural recalls films like Bong Joon Ho’s “Memories of Murder” and Nuri Bilge Ceylan’s “Once Upon a Time in Anatolia.”

“Its methods and themes also recall such acclaimed art-house titles as Bruno Dumont’s “Humanité,” Bong Joon Ho’s “Memories of Murder” and Nuri Bilge Ceylan’s “Once Upon a Time in Anatolia.”

“The mystery aspect is handled obliquely. The film is more of a mood piece, and much of its pitch-black humor derives from the contrast between the barren landscape and the sheer number of horrors it contains.”

Read the article here after registering for a free NYT account.