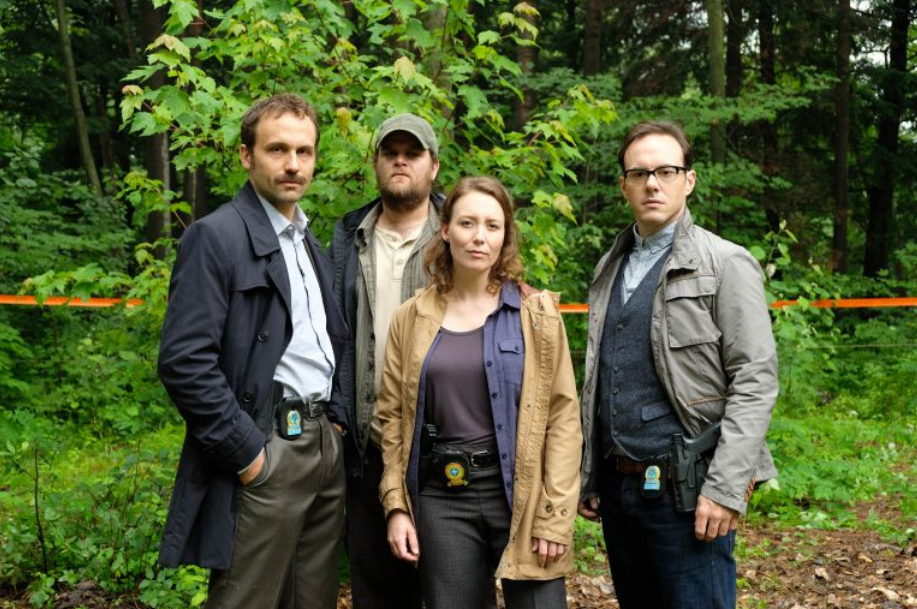 The Quebec series’ four seasons acquired by Olympusat and soon to be
broadcast in Latin America and the United States.

Montréal, March 17, 2022 – Encore Télévision-Distribution, Videoplugger and production house Sovimage are very proud to announce the acquisition of the four seasons of the series Faits Divers (Crime Stories) by Olympusat The 32 x 45-minute episodes will soon be broadcast across all Latin America as well as in the United States.

“The television industry is transitioning; we are no longer limited by our borders,”, “At Olympusat we understand that great content transcends all cultures and languages, which is why we continue to invest in movies and series with high production value and great stories from all over the world. We pride ourselves in our international offerings, and we are eager to share it with our audience.”
Said John Baghdassarian VP of Content Acquisitions at Olympusat.

“Thanks to this agreement signed in close collaboration with Videoplugger, Faits Divers will make inroads in these territories. All of the seasons will be offered with subtitles and dubbed into Spanish, Portuguese and English,”  said Chrystine Girard, Head of International Distribution, Encore Télévision-Distribution.

“We fell in love with Crime Stories at the GIFF festival in Geneve 2018 when its first season premiered in the old continent. It’s great to see after 4 years its 4 seasons landing on the screens of our long-time partner Olympusat across North and South America. We’re proud of the collaboration with – Encore Télévision-Distribution and Sovimage with whom we share this success.” Said Emanuele Galloni, CEO Videoplugger.

This acclaimed crime series with its dark humour and colourful cast of characters where one dirty trick attracts another received an impressive 18 nominations at the most recent Gémeaux award ceremony! Over the years it has won many awards, including those for best writing and best direction.

Faits Divers, whose adaptation rights have been acquired in France, is currently available on ICI Tou.TV Extra and on GEM (CBC), with English subtitles.

Olympusat Inc. is a vertically integrated distributor and owner of Spanish language Pay-TV channels in the US. Their expanding programming rights and global distribution footprint provide an original, world-class content library. In addition, the company’s extensive portfolio of networks includes 30+ HD and SD Spanish and English language television networks. Recognizing the ever-changing landscape within Media and Entertainment,  Olympusat has launched FreeTV, an AVOD streaming service providing unique programing from around the world. FreeTV is available on all streaming platforms across 17 regions in Latin America, and most recently in the United States.