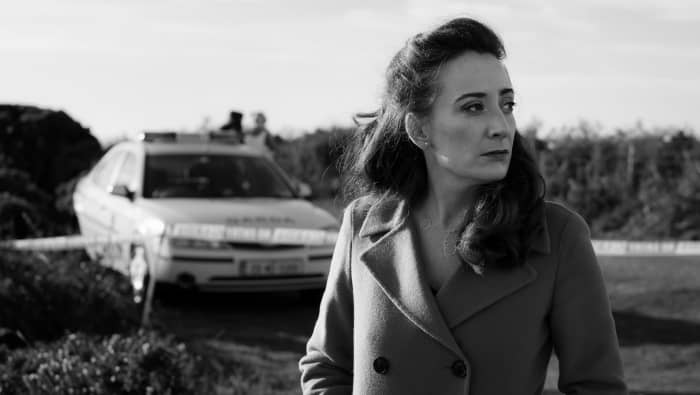 Irish producer Wildfire films and British distributor Videoplugger is delighted to announce that a 3-part drama series Grace Harte commissioned for TG4 has been picked up in a deal with MHz Choice.

MHz Networks is a global media company, which specializes in presenting the world’s best programming to American and Canadian audiences. Available on multiple devices and platforms such as Amazon US. MHz Choice is ”like a Hulu for European TV” according to NY Times. Top rated by Screen Rant as one of the ”leading distributors of foreign-language entertainment in North America”. Shows include the new Norwegian drama ”Twin”, starring ”Game of Thrones” alum Kristofer Hivju among other top-tier shows.”

Set in contemporary Ireland in a dilapidated hotel centred around a love triangle that ends in tragedy. Grace (Kate Nic Chonaonaigh) and Leo Harte’s (Dara Devaney) lives change forever when Danny (Eoin Geoghegan) a young and ambitious surfer, arrives. The middle-aged couple runs a crumbling hotel, Ostán Harte, a fixture on the landscape for many years. Grace feels she is stranded in a passionless marriage. Where Grace sees stasis, Leo sees stability and he does not share her hope that upgrading the hotel might inject new life into their relationship. As a result, their hotel and relationship seem consigned to a slow descent into decay.

“We are very excited about the upcoming release of Grace Harte on MHZ, giving North American audiences a chance to enjoy a tale of illicit romance set along Ireland’s Wild Atlantic Way as much as audiences in the UK and Ireland already have.”

“Grace Harte is a Hitchcockian noir, preceding other European drama productions that chose black and white not just as a homage but as an effective narrative tool, we are thrilled that it is finally getting the North American audience that it deserves.”