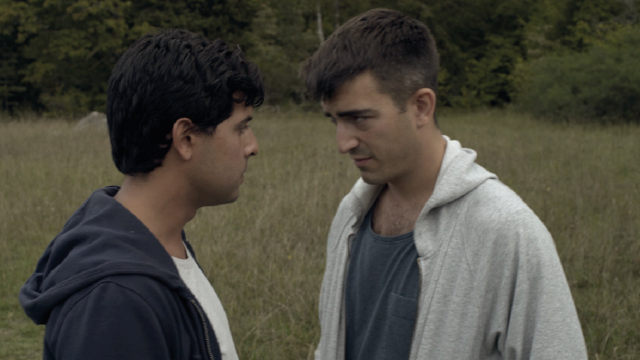 Nico played by Philip Oros (Fartblinda/Blinded, Beck )and Khalid who is played by Poyan Karimi (A man called Ove) are best friends, always have been. Khalid was born in Iran, a country where having feelings for another man can lead to the death penalty. Nico was born in Sweden, a country where it’s openly accepted for a man to have a boyfriend. And yet it’s Nico who keeps holding back when Khalid tries to take their relationship to another level.

“Gagaoolala – Find YourStory” is a global online streaming service specialized in LGBTQ+ content, which is provided by Taiwan based Portico Media, who is also the founder of Taiwan International Queer Film Festival (TIQFF) and Queermosa Awards, GagaOOLala is Portico Media’s latest effort to share LGBTQ stories from around the world with a wider audience.

“Not only do we want to show LGBT content, but we also want to show films from all over the world to give our audience the best form of entertainment. The outstanding Swedish short film “Brother” offers exactly that.“

“We are so honored and happy that GagaooLala wants to take on our film Bror. The film means a lot to us and we hope the audience will enjoy it too”

“We are extremely proud to be championing the work by the young talented director Isabella Carbonell and producer Alexandra Alegren getting their work to a wider audience. The topics raised in this short are very relevant dealing with integration and homophobia.”