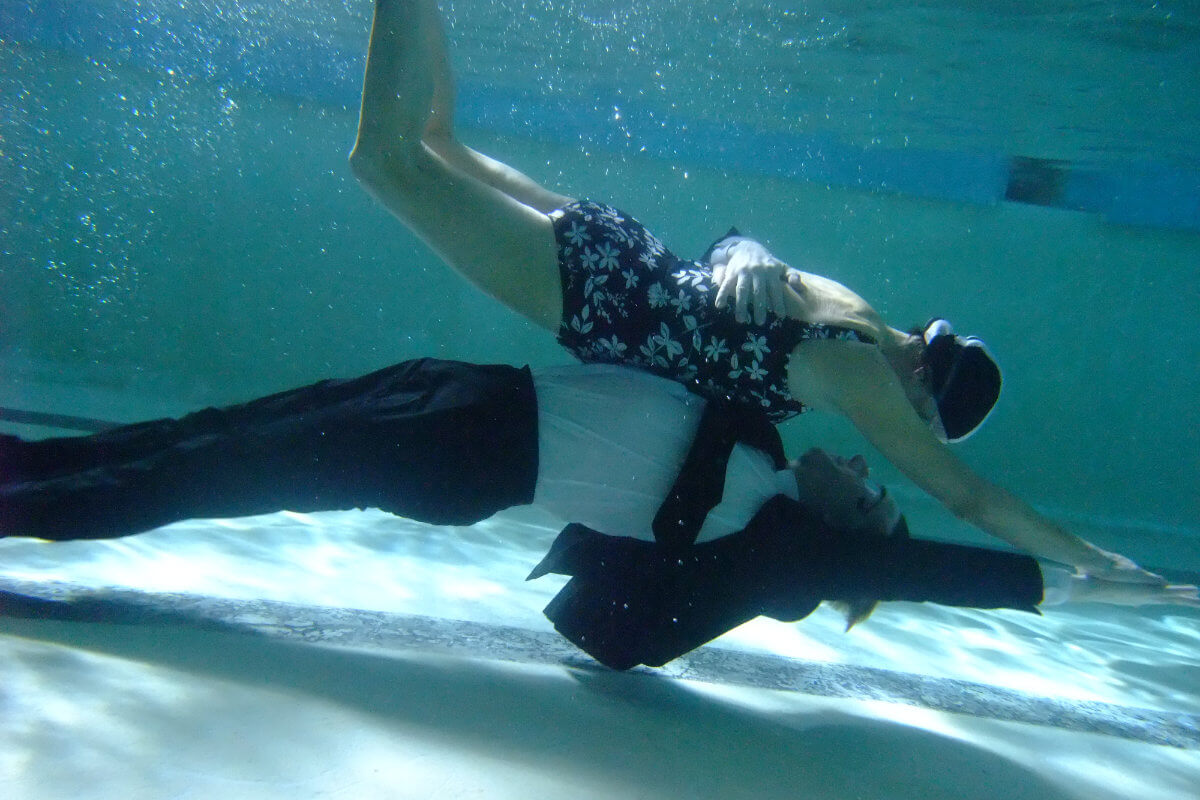 Wildfire Films and British distributor Videoplugger are delighted to announce that the dance short “Deep end Dance” has been picked up in a deal with New York City’s flagship public television station WNET to be released on their multiplatform ALL ARTS.

A fully dressed man is pushed into a swimming pool by his mother. He brushes himself off and starts dancing underwater, always aware that she’s watching. After a while she joins him, and they play out the story of their relationship through the underwater dance.

ALL ARTS is breaking new ground as the premier destination for inspiration, creativity and art of all forms. This New York Emmy-winning arts and culture hub is created by WNET, the parent company of New York’s PBS stations.

“We are delighted to see this short dance film travel so well. It has enchanted audiences far and wide and we hope it continues to do so.”

“When we signed this beautifully shot arthouse film, with its beautiful underwater dance moves, its visual poetry, we knew we were picking up a gem and that it would fly internationally. Today it lands in the USA on a great platform like ALL ARTS. We’re proud of this result and looking forward to seeing ”Deep And Dance” going further.”