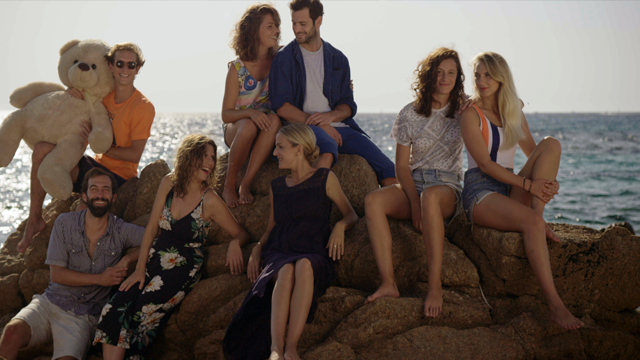 OUTtv TO AIR CORSICAN DRAMEDY ‘BACK TO CORSICA’

Corsican producers MOUVEMENT and British distributor Videoplugger are delighted to announce that BACK TO CORSICA has been picked up in a deal with OUTTV Media, to air on OUTtv in Benelux, Germany, Austria, Switzerland, Sweden, Spain, Portugal, Poland, CEE, UK, Ireland and Israel.

Back to Corsica (8×20′) An hilarious romantic comedy set in Corsica. Andrea, a young lesbian girl from
Cor­sica living in Paris, goes back home to her mountain village for the summer, where living one’s sentimental life as a lesbian means looking for trouble.

About OUTtv
OUTtv is the only European lifestyle TV channel for the gay and open-minded with a reach of more than 6 million households in the Netherlands, Belgium, Luxembourg, Germany, Sweden, Hungary, Czech Republic, Spain and Israel every month. OUTtv offers a wide range of daily programming with films, series, documentaries and entertainment for this target group. OUTtv can be received via all relevant TV providers in the Netherlands.

Marc Putman, Founder and CEO of OUTtv says,
“We are proud that in Europe so much great quality content is being produced and that’s why we are looking forward to bring this new European LGBTQI+ series on OUTtv and our on-demand platforms, a positive and uplifting mockumentary that our audience is definitely going to binge and embrace!”

Michele Casalta Producer and CEO Mouvement says,
“We are happy to reach a larger audience outside of France with OUTtv”

Emanuele Galloni, CEO Videoplugger says,
“We’re thrilled ‘Back to Corsica’ will be broadcast on OUTtv. We are proud to be contributing to its success and the further growth of Corsican drama in the global TV market.”