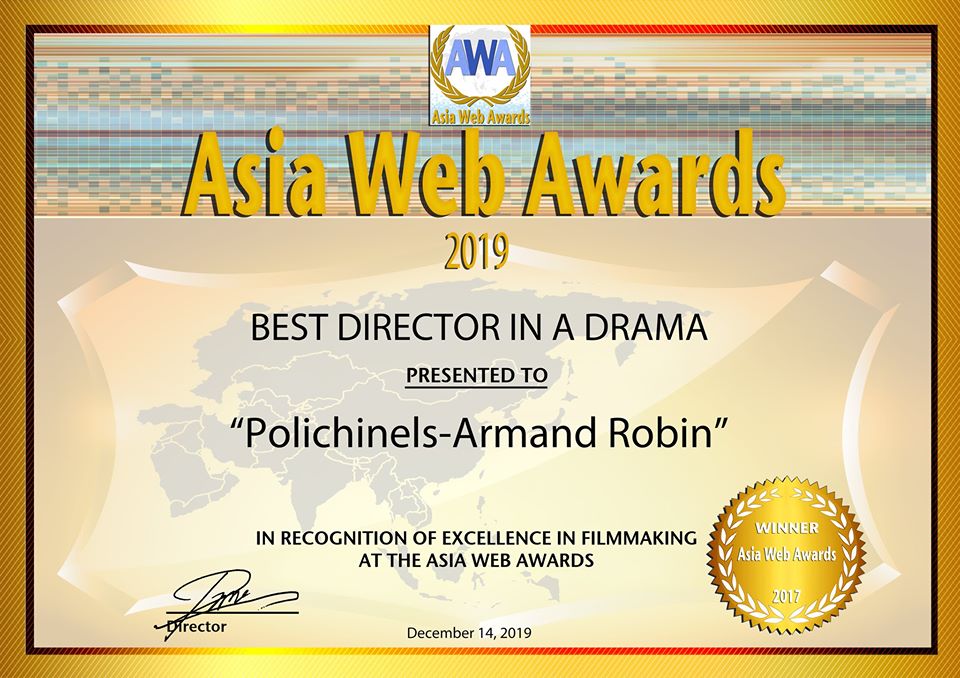 They state on their website that their goals for 2019 was to expand the festival so it can become a viable provider of quality content on an international scale. Our intention is to create a place that nurtures and cultivates upcoming creators. Asia Web Awards is a festival which specifically helps independent filmmakers and creators to raise their visibility through the web.

The series has won Best Director in Drama Award with director Armand Robin.