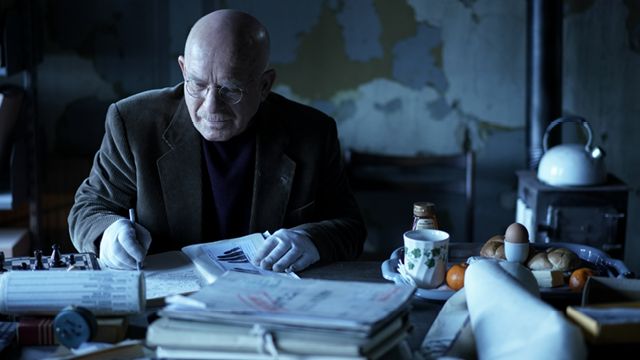 We are delighted to announce that Videoplugger has taken on representation of some of Polish public broadcaster TVP’s top titles, in Drama, comedy and factual series and documentaries.

Telwizja Polska also known as TVP is a Polish Public television network, that is the largest network in
Poland. Their catalogue includes an impressive number of internationally recognized feature films,
popular TV series, and animations appreciated by viewers all over the world.

Here is a selection of titles we are currently representing

THE ARCHIVIST (ARCHIWISTA), 2020, 13×45’
Henryk Mikos, a retired employee of the police archive, the man of brilliant memory, works on matters that
were dismissed years ago. He wants criminals to be finally brought to justice. While waiting patiently for
the right partner, Henryk has been analysing the files for years. By coincidence, a young, ambitious police
officer, Zuza Wasiluk, starts working in the archive. Initially, she considers the elderly gentleman a freak
but quickly changes her mind. Henryk makes Zuza a secret accomplice in criminal investigations. Later
on, they are both involved in their work with Tomasz Stachura, a police officer who has a crush on Zuza.
Each episode of The Archivist presents a different case. The screenwriters were inspired by authentic,
never solved investigations.

GIRLS FROM UKRAINE (DZIEWCZYNY ZE LWOWA), 2015, 52×45’
A TVP Original comedy-drama about four Ukrainian friends, who move to Warsaw to start a new life in
Poland. The series follows the life stories of Uliana, Polina, Olyia and Swietłana, four friends from Ukraine
who come to Warsaw in an attempt to find jobs and better lives for themselves. Each girl starts her career
in Poland by working below their qualification or experience, however, soon their lives are about to
change dramatically. Intriguing and complex life stories are set in a world where millions of people move
to different countries in order to find jobs, escape some problems or simply enrich their lives. All these
make this series a universal journey into the heart of any big city where dreams and hopes are just
around the corner and every day may bring a breakthrough.

CLASSIC POLISH RECIPES WITH A TWIST (OKRASA ŁAMIE PRZEPISY)
This culinary series with Karol Okrasa one of the most talented and recognised Polish chefs from the restaurant
Platter in Warsaw and is not only a great source of kitchen inspiration for the viewers but also an academy of culinary art.
Each episode brings culinary inspiration to millions of Poles and has an educational value, familiarising the average
viewer with the history of Polish cuisine.

ALTERED STATES OF CONSCIOUSNESS (ODMIENNE STANY ŚWIADOMOŚCI), 2020, 61’
A documentary film about the possibilities of our brain. A poetic journey deep into the world of thoughts of
people with autism and Asperger’s syndrome. Where do the boundaries of our minds lie, and how much
does culture confine or even extinguish our creativity in everyday life and even in love? In the film, we
meet people of various ages who experience autism to differing degrees on the spectrum of the illness.
With some, there is practically no contact at all, whereas others at first glance give the appearance of
being “healthy.” Each of our subjects is a separate world and a unique means of seeking his or her own
path in life.