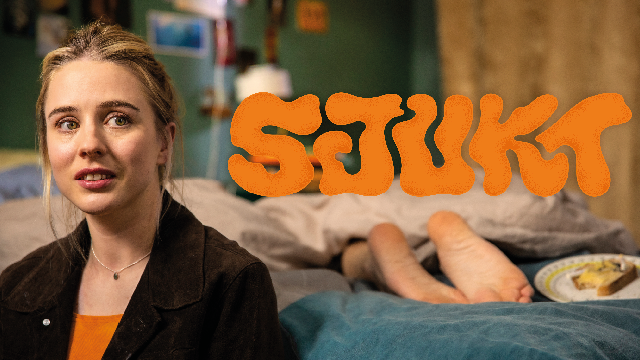 UK-based sales house Videoplugger together with Nexiko Drama are delighted to announce that SJUKT (SICK) has been picked up in a deal with Finnish Broadcasting Company YLE.

After surgery, Alice, played by Carla Sehn (Anxious People, Love & Anarchy) learns she’s free of her cervical cancer, but can barely process the good news before she’s dumped by Matt. With no job or a place to live, Alice must leave London with her tail between her legs and move back home to Stockholm. Back in Farsta, with her annoying parents, old bullies that can’t even remember her, and best friend Shantana who now has a girlfriend, Alice realizes she’s got to get her life together. The series was previously broadcast on SVT.

About Nexiko
Nexiko is a talent-driven independent prizewinning company, producing on all platforms. Nexiko is never too small for any project, never too big. We know how to make great tv, tell engaging stories and make you laugh. Nexiko has received 25 award nominations in Europe and Sweden (Rose D’Or, Swedish Emmy Award Kristallen and Riagalan) and received 8 wins. In only four years Nexiko has launched over 60 productions in all genres, on all platforms. Recent productions include Deg (Dough) and Young Royals.

About the Creator
Lisa Ambjörn graduated from the renowned Stockholm Academy of Dramatic Arts with a degree in screenwriting in 2018 and has since worked on a range of tv series as a script editor, episode writer, head writer and showrunner. She is currently working on season two of the Netflix hit show Young Royals. SJUKT is based on her own experience of surviving cervical cancer at the age of 24.

Lisa Ambjörn, creator, writer SJUKT, said:
“I created SJUKT because I wanted another kind of cancer story to be heard. One that deals with what is called” the cancer hangover” in a fun, lively and daring way. It’s a personal story based on my own experiences, but with a universal theme. And I’m thrilled that it gets to travel outside Sweden and reach an even wider audience! “

“SJUKT is a heart-warming and above all funny comedy series about a delicate issue. Its themes also fit well for us as a public broadcasting company. We look forward to sharing this comedy series with our audience of Yle Areena.”

“When we came across SJUKT at Serial Killer festival, I was immediately taken in by its dark comedy and fresh approach to the difficult subject matter of cancer. The writer is rising scriptwriting star Lisa Ambjörn (Young Royals), she based the series on her own experience in overcoming cancer, giving the series a depth of lived experience. SJUKT is sure to delight a new audience in Finland.”