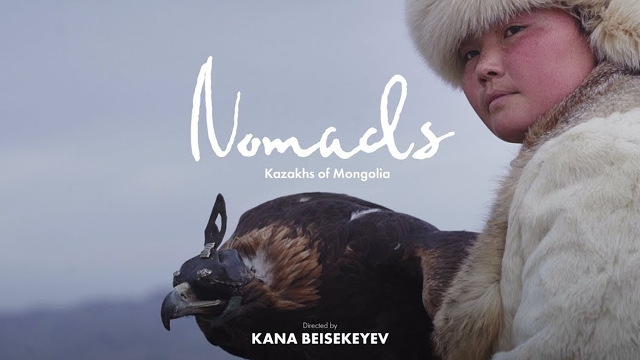 Nomads is a documentary series about the life and traditions of Kazakh immigrants. The first episode centres around girl eagle huntress Aisholpan Nurgaiypkyzy, an ethnic Kazakh from Mongolia. She gained fame in the United States and Europe since the release of the Oscar-shortlisted “Eagle Huntress”, directed by  American filmmaker Otto Bell. Aisholpan received praise from international media such as BBC and CNN. The documentary does not only focus on Aisholpan, but also on ethnic Kazakhs in Mongolia, and the everyday lives of eagle hunters in Mongolia. Upon the invitation of Erlan Karin, a couple of months ago Aisholpan Nurgaiypkyzy travelled to Kazakhstan for the very first time.

The series depicts the way of life of the Kazakhs who have migrated abroad. The project has been directed by well-known Kazakhstani film director Kanat Beisekeyev. The filming took place in Mongolia, Afghanistan, China, Turkey, Iran and other countries.