What is Man? ONLY HUMAN shows six sequences, six phases in cleverly interwoven, blackly comic episodes as desperate characters meet unwittingly in a modern metropole in the eternal search for the means to survive and find some kind of love.

The unemployed graduate becomes a grave-digger, the grieving widow a nun, the priests gamble and gangsters rule the courts. Only the lonely child may find some affection as hope is eternal. 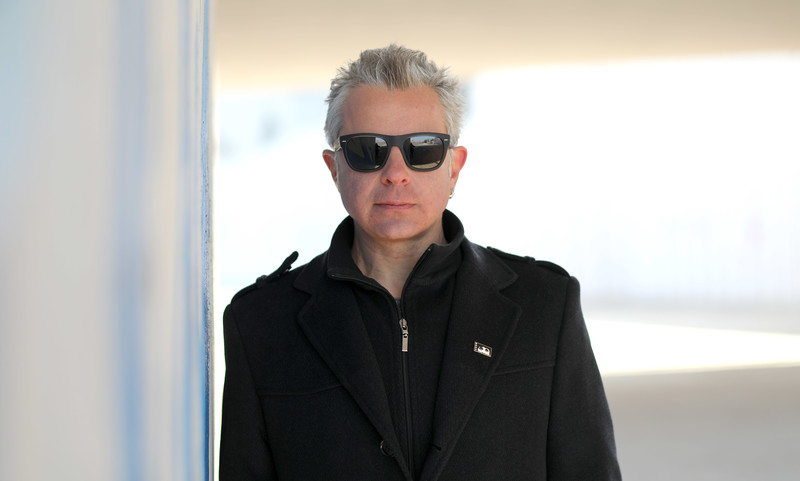 IGOR IVANOV was born in Skopje in 1973, Igor Ivanov began his career as a director of television series, documentaries and shorts. His short fiction BUGS (2004) was in competition for the Golden Bear at the Berlinale and won the Golden Leopard at the Locarno Film Festival. Ivanov directed five seasons of the live-action children’s TV series FIVE PLUS, 35 episodes of the first children’s TV programme in Macedonia OUR NEIGHBOURHOOD, co-produced by Common Ground Productions and Children’s Television Workshop. His filmography includes two feature films, UPSIDE DOWN (2007), which premiered in Karlovy Vary and won the Best Director award at Mostra de Valencia, and THE PIANO ROOM (2013), which screened at the Chicago International Film Festival, among the others.

This movie is essentially dealing with re-examining the primary human values. It starts as a comedy, but after a while, it leaves this seemingly determined genre turning into a social drama, while at the end, using documentary tools, “slaps in the face” trying to face us with the rate of dehumanization, brutality and greed in which we find the society that we all build and develop.

Only Human is happening here and now.

Between the soc-realistic environment and the Styrofoam baroque, with the Ottoman legacy peaking from the cracks. Through the traffic mess and chaos, between the lines in front of offices that don’t move, through the dilapidated value system and the corruption. The specifics that make us different from the animals are embodied here like movie characters. Imagine a Homo Faber in a society in which you’d find a diamond in the street much easier than a paid job. Or Homo Ludens, in a city in which only the casino is a site for social games. Or Homo Adorans, where fat priests in black limos preach asceticism. Or Homo Economicus, where only the prostitutes have the chance to honestly earn their living. Seemingly, every one of these characters gravitates towards its own archetype, but in the conflict with society, they lose their ethical characteristics and bring into doubt the basic marks of humanism.

In spite of the construct of the structure, the characters of Only Human are the people from our town and our neighbourhood, while the locations are our real living space. The casting goes in that direction, as well as the acting itself, tending to full credibility to the degree of copying. The protagonist in the last story is a boy with Down’s syndrome. We are not only going to involve a real character, but the context in which the man with difficulties in his development is put is not at all about social inclusiveness, on the contrary. He is lonely because he is able to love, while the others are able to hate. He is normal, the society is retarded.

“Only Human” is one of the films that contemporary film aesthetics marks as “new age”. It brings the spirit of post-industrial cinematography, it’s free of the need for monumentality and timelessness. “Only Human” is us, the people today, here and now, it is our brand, our mark in time.
Because of all that, but also the specifics of the scenario, the talk, the relations, the type of humor and genre mix, Homo will find its audience at the European festivals, expected to settle in the programs nurturing new cinema, like Berlin’s Forum, Can’s Director’s Fortnight or Cineasti del Presente in Locarno. This film is also tailored for the European TV market, especially the stations and platforms treating the public with “art-house” affinities. Nevertheless, the primary target of Only Human is the audience in its generic environment. It speaks first and foremost to the people that are its subjects, tending to intrigue, excite and satisfy the cinema audience here in the Balkans