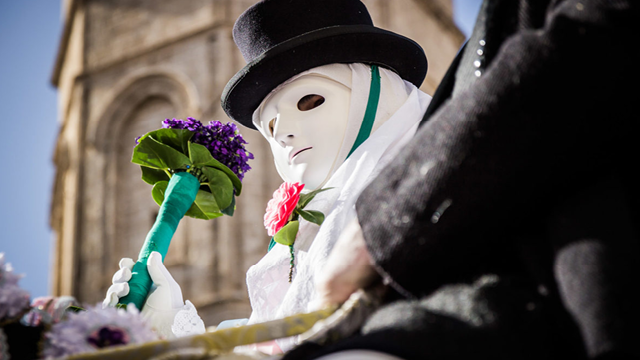 The Sartiglia in Oristano, Sardinia in February every year and is one of Italy’s most unusual and historic carnivals. The Sartiglia is a 500-year-old medieval equestrian tournament with guild members on horseback racing along a sanded track to spear a silver star hanging in front of the Duomo. Knights from all over the island dress in fabulous costumes with elaborated decorated horses.

This amazing historical event has been made into a docu-series, showing behind the scenes how this fascinating cultural event comes to life every year, from producer Terra De Punt and broadcaster Ejatv which is broadcasting in the Sardu language.

About the Terra De Punt

TERRA DE PUNT is a place where ideas, dreams and projects come from. TERRA DE PUNT is a film and television production and distribution house, a cultural project, it is the place worth looking for. TERRA DE PUNT powers Sardegnaeventi24, the first online crowd journalism newspaper in Sardinia dedicated to tourism and events. TERRA DE PUNT also is behind Ejatv, the first street tv in Sardinia that broadcasts in Sardu, a project capable of bringing together people and companies, promoting work, culture and the territory. Ejatv is the TV by Sardinians, in the languages ​​of Sardinia.