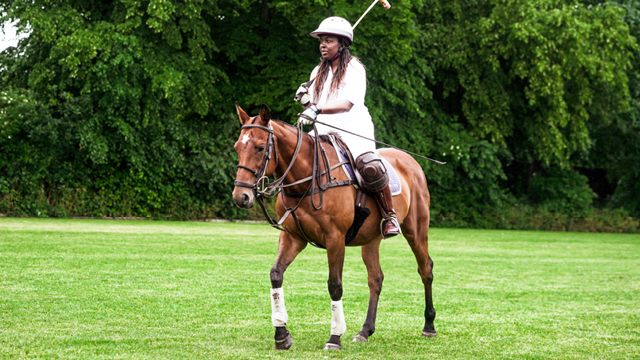 A Together TV original from the Diverse Film Fund 2021: Black, British and Breaking Boundaries.
Three Black British women in Equestrianism chronicle their journey into Polo, Show Jumping and Dressage, highlighting the ups and downs faced by people of colour. The Black Equestrian showcases the beauty of the heritage sport, whilst shining a light on the efforts to diversify ‘The Sport of Kings’. Sheila is a media practitioner with over 5 years experience in the Film and TV industry. She has previously worked in Factual Documentary and Live Entertainment, and is now focused on Drama in both feature-length and series. As an emerging Producer/Director with a Master’s in Film from Queen’s University Belfast, Sheila has recently produced and directed two short documentaries for BBC and Together TV/ITV. Sheila is also a trained journalist, obtaining her bachelor’s degree in Journalism & Media in 2016 from Birkbeck University of London, and has experience in both print and online publishing.

The 2021 Diverse Film Fund filmmakers have produced their own short doc on Black British Lives Today. Together TV’s Diverse Film Fund is a newly created fund to support new creative talent to tell the stories like ​The Black Equestrian that need to be told about Britain today. These five amazing filmmakers tell inspiring stories.