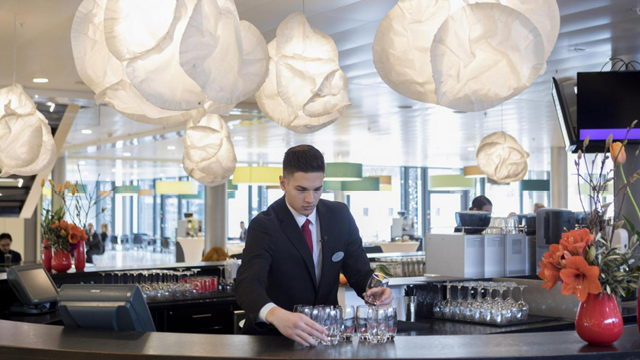 The Hotel Academy an RTS reality series dives into the fascinating world of the most prestigious hotelier schools in Switzerland and the world. The École hôtelière de Lausanne is a hospitality management school in Switzerland. The school is consistently regarded as the best hospitality school in the world. With 2,900 students of 115 nationalities, it is an anthill in which young future hoteliers or managers hone their skills by getting trained in all aspects of a profession ranging from pastry making to human resources. The selection is tough, and the curriculum demanding. We get to follow the fascinating but difficult journey of young people on their way to their dream job through their kitchen nightmares, troubled internships, but also the highs along the way

For a screenwriter, the first visit to the Hotel Academy is immediately mouth-watering. A tour of the kitchens, trotting behind the steward, opens up an endless field of observation. The new students, attentive to the cutting of an exceptional salmon executed by the chef and by him alone, look but do not touch… Here, we don’t spoil the goods with beginner blade strokes! Cleaning the rooms on campus, and their toilets at the same time, it is a nightmare for some who have never made their bed at home. A first practical year, six months of intensive workshops with demanding schedules which at the end produce a roster of students with clearly visible dark circles. But beware: slackening is not allowed. Professor Laurent, the guardian of the temple of propriety and good appearance watches over trimmed beards, skirts that are too short and wrinkled shirts. distinction, achieve this excellence which has been kept in their ears for four years. A world apart, The Hotel Academy, is a bristling and amusing world, an exciting dramaturgical melting pot!