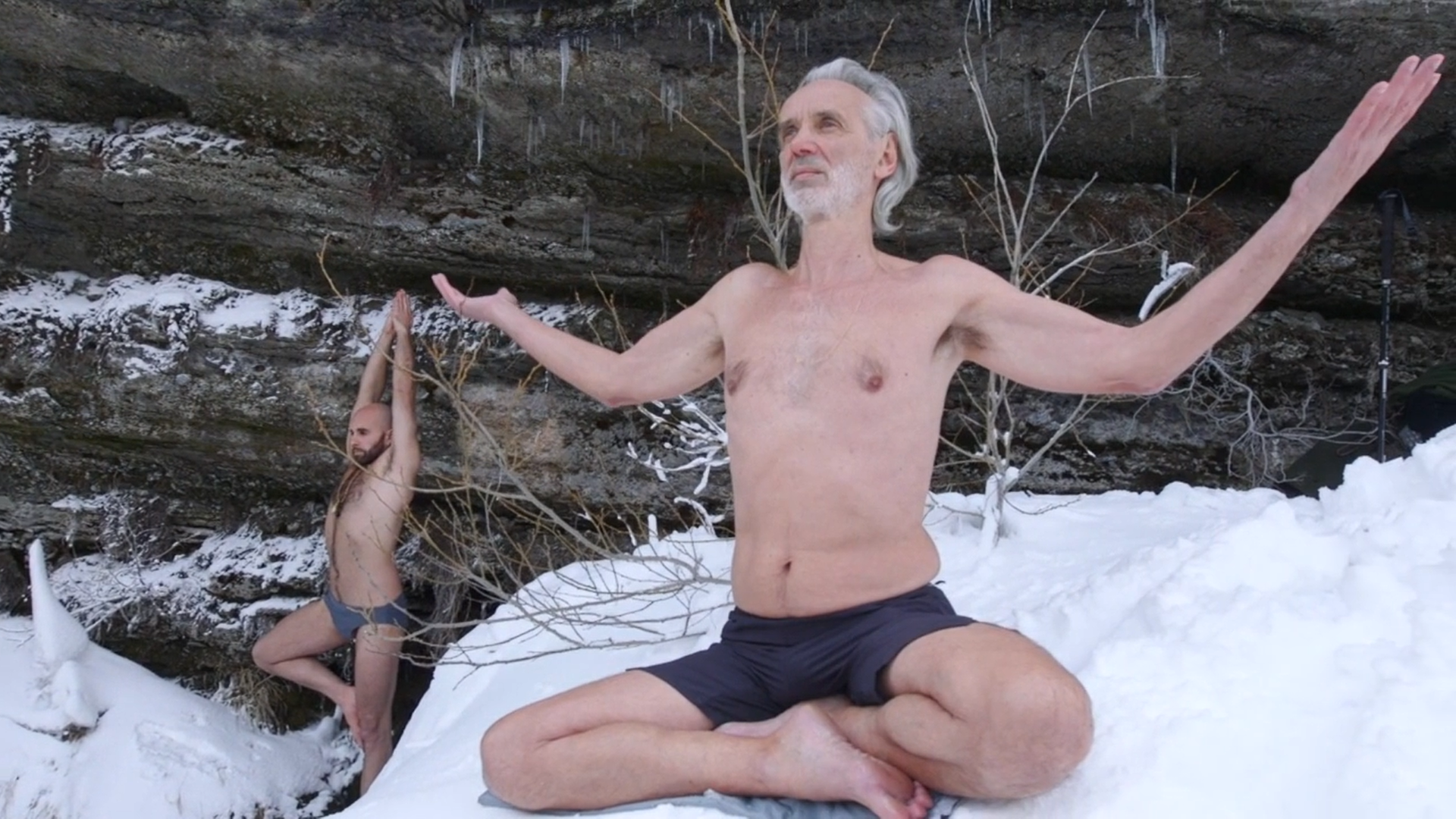 Rediscover nature through the cold

In this documentary, we follow father and son, Maurice Daubard and Patrick Daubard who are practitioners of an extreme form of yoga where you succumb the body to extreme temperatures. The father-son duo run courses in the beautiful Aosta Valley, with the greatest respect for the values ​​taught by the master for decades, followers will familiarize themselves with the secrets of relaxation, breathing and visualization techniques – of Indian and Tibetan inspiration – in order to take full advantage of the transformative powers of this discipline and thus access its regenerative dimension, at physiological and energetic levels, and its subtleties of a spiritual nature.

Maurice is nicknamed the yogi of extremes. Originally, however, he was not an exceptional athlete. In fact, at the age of 18, he suffers from tuberculosis, pleurisy, scoliosis, anaemia and decalcification. He spent five years of his life in a sanatorium.

At the cost of a fierce struggle and carried by an irresistible faith, he gradually manages to rebuild his health. One of his favourite tools has always been to be in contact with nature. In all weathers, he runs and swims daily. These sporting exploits are only the consequence of this discipline that he imposed on himself to survive. He says that everyone can find in himself the qualities allowing him to overcome any difficulty or simply to perform ordinary acts of life with ease.

Now 90 years old. He still enjoys vibrant health, still practices yoga and breathwork, and still leads workshops in Tummo yoga, where students join him in stripping down to underwear and sitting in the snow for an hour, then hike half-naked up mountains, and finish with a dip in an ice-covered alpine lake.

“The human is not only an organism . . . it is also a mind whose strength used wisely can allow us to repair our body when it wobbles,” says Daubard.

Yoga Tummo is a practice of meditation, in direct contact with nature, and of voluntary exposure to the cold element. An ancient discipline of Tibetan meditation technique practised by monks in Tibetan Buddhism.

Tummo is a technical term from the Tibetan mystical vocabulary, which literally means ‘inner fire’. Tummo exists of a combination of breathing and visualization techniques, used to enter a deep state of meditation that is used to increase a person’s ‘inner heat’. This inner heat enables someone to control one’s body temperature, for example, keeping the body warm in cold conditions. It is a teaching of adaptation to cold and snow for the reconstitution of man’s natural defences and adaptation to the circumstances of life. Exposing oneself to the cold is to cultivate the warmth that is in us.

For Tibetans, the goal of this practice is above all spiritual and tends to produce a psychic state of unity and wholeness in which all the forces and abilities that lie dormant in us are fused and elevated to their highest efficiency.